Chaos and anarchy in Kiev: armed bandits are looting 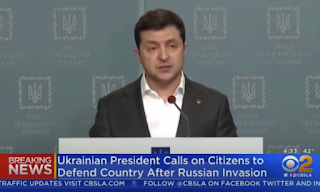 True North is rpeorting that "The situation in Kiev is not as black and white as the media is portraying it, a source on the ground in Kiev who spoke to True North through a translator said on Sunday. 'People are more scared of the armed citizens than the Russian military,' said the source. The source, a senior who lives in the city center, said he and his wife are 'more scared of looters with guns right now.' The man has his old military rifle out, just in case."

Candace Malcolm is pretty stable and balanced. She uses facts and commons sense. Something the mainstream media does not. The MSM uses sensationalism and lies. This Hal Turner guy kinda fits that bill. He's the guy that said Stanley Park in Vancouver was full of Chinese troops waiting to invade the US. That was simply not true. There are enough real concerns out there that they don't need to make crazy sh*t up in an effort to discredit valid concerns.

Now he's going off about Russia putting their nukes in Special Combat Mode. GMAFB. Another tin foil hat trying to create drama to get views. Even Candace Owens applauded Cardi B for her balanced approach to the conflict. Remember how the British tabloids misrepresented Iraq's WMD thanks to MI 6. Russia does have a legitimate concern about the Ukraine joining NATO but I don't like how it's threatening other countries like Sweden or Finland for considering joining NATO. Nobody likes to be threatened and blind faith in anyone is bad especially Putin. If Putin expands past Eastern Ukraine, then NATO's concerns are valid.

Yet all these bio labs in the Ukraine are a legitimate concern for everyone. BTW who is responsible for arming the mobs in Kiev? The Transnational Ukrainian president is. He was handing out guns to everyone and anyone so they would save his ass and cover up the bio labs. No doubt he armed criminals in the process who are now looting.