Bob Green's shooter to be released from Prison 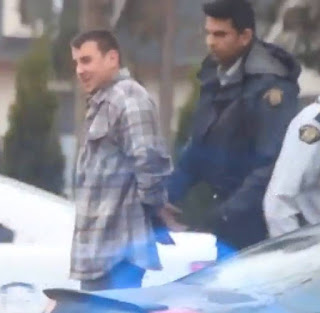 Just a quick side note on the Vancouver gang war. Dr Spin is reporting that Jason Wallace, the shooter who killed Bob Green, is set to be released from prison due to statutory release which means he has served two thirds of his seven year sentence.

Dr Spin has erroneously claimed that "the Parole Board of Canada has imposed special conditions on the statutory release of Jason Wallace. In addition to living in a community correctional facility, Wallace can’t associate with any person you know or have reason to believe is involved in criminal activity, consume illicit substances or possess more than one cellphone or sim card and must provide details of his finances to his parole officer. These conditions relate directly to your risk to reoffend and are related to your need for interventions."

Those are standard parole conditions. Turns out Kim Bolan hasn't retired. She was on leave to write a book. Gag. She spun Air India, now she's going to spin the Surrey Six. 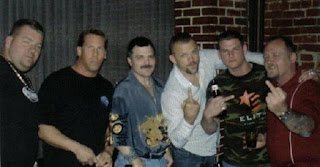 The slander around this case is personal. Bob Green was well respected and they lied about someone else who was killed and dismembered putting his family at risk just to protect their source. That was Dirty as F*ck. Kim Bolan erroneously claimed that Jason Wallace killed Bob Green because he was intoxicated at a party. GMAFB. What is she a defense attorney now? 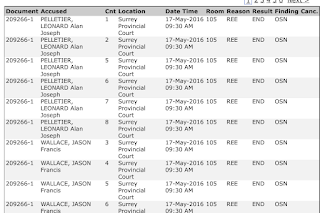 Jason Wallace killed Bob Green because Bob wanted Jason to take the fall for his cousin Lenny again in their drug bust and Jason said no. That is the reason he was killed. It was premeditated. Yet that truth doesn't fit their manslaughter narrative.

Then came the lies about Shaun Clary who was murdered and dismembered 8 days after Bob Green was murdered. The body was dispersed on the side of the road just down the street from where Bob was killed. Kim Bolan repeated what the Crown said in court.

“You knew the victim and you considered him to be a good friend; After consuming alcohol, drugs and nitrous oxide for several hours, reports indicate some of the younger males appeared extremely intoxicated and out of control,” Nash summarized. “You believed that some of the males were coming at you. You grabbed a gun that was in the waistband of the associate standing next to you, and after cocking the gun, you state it went off, accidentally striking the victim who was in the line of fire.” That is ridiculous.

This is what the defense is claiming to justify a reduced sentence of manslaughter. Oh did I say defense? I meant Crown. In this case they are one in the same because Jason Wallace is in the program with Blaze. We've talked about the test of believably. Well let's apply that here.

Bob Green, a full patch Nomad with a long credible history is at a party they threw for the 856, a puppet club that sells drugs for them. One of the pions at the party is sitting there with the infamous Bob Green having a gun in his waste-band. That is not believable. Some of the guys at the party start to get aggressive towards Wallace and he grabs the gun out of Clary's waste-band. That is ridiculous. If Bob Green is present at their pion party, nobody is going to do anything without his permission. Nobody is going to beat on anybody without his permission. If Bob approved it, Wallace is going to take it but he didn't approve it because that didn't happen.

Again this is a ridiculous story the defense made up so he would get a reduced sentence. The Crown went along with it because they have Jason in the Witness Protection Program.

Bob Green was killed with his own gun. That was the gun he gave to Jason Wallace not to Shaun Clary. Shaun did not have access to illegal firearms. The only way any of them could get a gun was if Bob gave it to them. Shaun was simply Jason's friend. That is all. That is why he was killed. He had absolutely nothing to do with Bob Green's murder. Putting Shaun's family at risk for that lie was a dirty deed by a task force that has lost it's moral compass.

What's far more likely is that Bob Green told Jason he wanted his gun back. If anything, Jason called his friend Shaun and told him where it was so he brought it to him to return to Bob. Shaun didn't have access to guns. Jason had the gun becasue Bob gave it to him not Shaun.

Like I said the lies about this case are personal and it was Blaze's meth head pal in Guildford that dismembered the body after he was killed. The CFSEU doesn't care about that do they? Just like they don't care about Blaze being present and involved with Brittney Irving's murder. As far as they're concerned that case is closed. God damn you all. 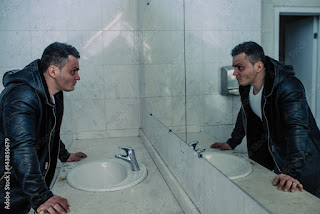 Jason Wallace's attempt at an Alec Baldwin rationalization was ridiculous. I didn't hoot bob Green, the gun went off all by itself. Guns don't do that. I didn't even point it at him. Yes you did. Bullets don't bend around corners. Life is simple. You don't tug on Superman's cape, you don't spit into the wind and you don't point a gun at Bob Green. for a pion to point a gun at Bob Green during a party would be inexcusable. It was premeditated.

It is somewhat amazing that Jason Hall served two thirds of a seven year sentence without getting stabbed, assaulted or killed. No really. That fact that nothing happened to him fails the test of believability. The red and white didn't have a problem getting Jay Hall brutally beaten in prison and that was just punitive. Robert Thomas got a beating in prison after the East Van HAs put a five thousand dollar bounty on his head for getting the club bad press.

Jason Wallace shot Bob Green. He might as well have shot Mick Jagger. Anybody would have taken care of Jason is prison for free. The club didn't even need to put a bounty on his head. Yet nothing happened. That is suspicious. Look at how he's smiling when he was arrested after he turned himself it. That was really strange. For someone afraid for his life he didn't look to worried.

He was smiling like DK after he confessed to killing Chris Mohan and scored a plea bargain. It makes me wonder at what point Jason cut his deal with the PoPo. Before or after the shooting?

If Jason Wallace plans on testifying against Lenny in the drug case then hat's off to him but he shouldn't have shot Bob Green. He should have shot Lenny. Nobody likes Lenny. Then again, he wouldn't have got witness protection for shooting Lenny. It all sounds pretty shady.