CBC is still lying about the Freedom Convoy

Update: QUEBEC CONVOY IS GROWING ON THE ROAD - Je me souviens

I took an overtime shift at work today and turned on CBC during my break. At least they are consistent. They consistently lie about the truckers. They had another fake specialist on stating that the Ottawa police have issued another warning that any protesters will be arrested as police mobilize en mass. Then the dirt bag went on to say, ya know, they're lifting mandates across the country so there is no real reason for them to be there. This just proves that the truckers are being taken advantage of and exploited by other extreme groups that want to take over the government. That is really offensive. We all want Justin Trudeau to resign but that's not the point.

These are peaceful protesters with a simple legitimate grievance and Justin Trudeau refused to recognize them. He consistently lied about them and said they hold unacceptable views. That was outrageous. This is the largest peaceful protest in Canadian history and Justin Trudeau said they hold unacceptable views. In his mind, disagreeing with him is unacceptable. In the world's view he has completely lost all credibility and has no right to counsel any other nation on democracy and free speech. He has no right to criticize Cuba's misstreatment of protesters because he did the exact same thing himself. Birds of a feather.

The truckers drove to Ottawa protesting the cross border vaccine mandates which made no sense. Justin Trudeau refused to lift them and went out of his way to lie about the truckers and misrepresent their grievance. They sit in a truck all by themselves and don't interact with the public. Forcing them to take a vaccine with known side effects that clearly doesn't work is ridiculous. That's what's unacceptable. Mandates over Omicron were a criminal act. That's what we are looking at. We're not looking at law enforcement, we're looking at organized crime.

Clinton Jaws has no right to rationalize what the police did. Trampling on civilians with horses for exercising their Charter Right is not law enforcement. That is organized crime. They didn't swear an oath to a person, they swore an oath to the Charter of Rights and they broke that oath for all the world to see. When Elizabeth May and Kennedy Stewart were arrested for violating a court order blocking a pipeline, the police didn't trample them with horses. They peacefully arrested them just like they arrested Chris Barber, Tamara Lich and Daniel Bulford.

The Ottawa police issued a warning on social media saying they will arrest all peaceful protesters. We heard you. We get it. All of those people were willing to be arrested just like Elizabeth May and Kennedy Stewart because they rightfully believe that would be an illegal arrest. The Charter of Rights is the highest law of this land and the Ottawa police are breaking the law. They knew it was illegal. So instead of arresting them they trampled them with horses and beat them with clubs to bully them into giving up their Charter Right. This is what happens when all the good police officers resign. We're left with gestapo that have no moral compass. 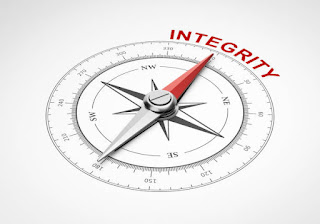