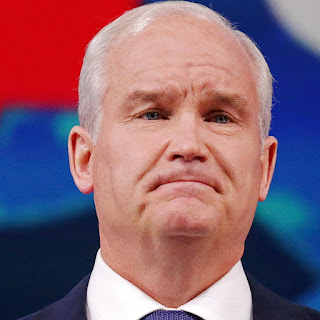 The Guardian is reporting that "Erin O-Toole, who only became leader in 2020, lost a secret ballot of MPS 73-45 amid accusations of ‘flip-flopping’ on Tory issues." There are a lot of ridiculous things being said by O'Toole and the media but before I address them I just want to say that I am very happy about this news. O'Toole was an a*shole. He wasn't a moderate he was a globalist and we all have had enough of globalists. I love the expression on his face. 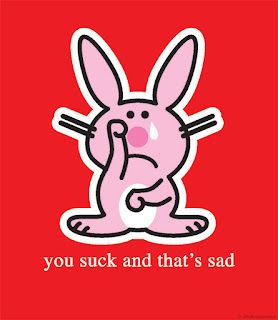 Before I address the ridiculous statements let me recount some facts. Wasn't it a day or two ago when he boldly declared he's here to stay and will never step down. Perhaps that's why the MP's voted to remove him. Remember how he kicked Senator Denise Batters out of the Conservative caucus and threatened to kick out any MP that challenged his leadership out of the party? The guy was a complete whack job. That is not leadership nor is it team building.

Obviously my pick is Leslyn Lewis. She can bring balance to the force. Pierre Poilievre is a solid contender. He is sharp. He's a good scraper at the debates in the House but is that really what we want? I've watched some of those debates and Justin Trudeau comes across as a complete a*shole. They're all argumentative and have no desire to build on common ground.

It reminds me of the televised debate for BC Premier between Mike Harcourt, Rita Johnson and Gordon Wilson. At that debate, Gordon Wilson stole the show and put the Liberals on the map. Rita Johnson and Mike Harcourt were bickering back and forth. Harcourt was slagging her and she was trashing him and insulting his manhood. While they were bickering, Gordon Wilson interjects There ya have it folks. This is why nothing gets accomplished in Victoria. He was right.

Right now the Canadian House of Commons looks and sounds like an episode of trailer park boys. Childish school kids bickering back and forth insulting each other getting nothing accomplished. We can do better. Leslyn Lewis would do better. She would raise the bar.

Peter McKay would be a step back into the land that time forgot. Kinda like the /70's. That sh*t went out of style for a reason. Stephen Harper is a bad man. Peter McKay is Harper's boy. They were torturing prisoners in Afghanistan. Stephen Harper was the one that screwed over Jean Charest when he made a bid for the conservative leadership.

Jean Charest could have won the election. Stephen Harper sabotaged that. Harper is dead weight. Cut him lose before the ship sinks. We saw the bickering between McKay and O'Toole. We don't need that toxic waste. No one will win the federal election without Quebec. We need to face that and set aside those petty It's all about me agendas.

Now a word about the fake news and the sour Happy Bunny. The mainstream media loved O'Toole because he was a globalist. That means Corporate Communist as in fake Conservative. The scriptures say be weary when the world speaks highly of you. Likewise with the media. If the lost lagoon leftist media is for you, then that is not a good thing. If they trash you, then you know you're doing something right. "If you don't have haters then that means you never stood up for anything." I'm sure Candice Malcolm will have some witty comments about how the fake news portrayed the fall of their hero Erin O'Toole. O'Toole had the backing of Lyin Brian Mulroney.

Remember Tara Henley's open letter explaining why she left the CBC? Well that entire list also applies to Global which is now owned by Post Media News. CBC and Global both have a far left agenda. They're so far left they're out in the realms of intergalactic space.

Remember how the media lied about the Truckers convoy and every one of us that supported it? It's the same old "If you're not a Communist you're a Fascist" nonsense. How about neither!

There is indeed a power struggle within the Conservative party but it's not between moderates and extremists. It's between Patriots and Globalists. The fake news misrepresents the Globalists and portrays them as moderates when they are anything but. They are World Economic Forum extremists. The fake news misrepresents the Patriots and brands them extremists when they are not. There is nothing extreme about less taxes, small government and more freedom. Giving the government absolute power is extremism. It's time to bring civl liberty back.