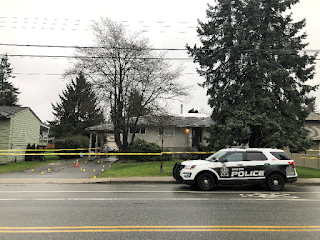 City News is reporting that "There’s been a fatal shooting in Delta. Police say the victim was found badly hurt in a home on 92 Avenue near Scott Road early Friday, just after 2 a.m. Despite efforts from emergency responders, the man couldn’t be saved. Investigators say it looks like a targeted attack, noting both the victim and the address they were found at are known to police."
Posted by Dennis Watson at 4:46 PM