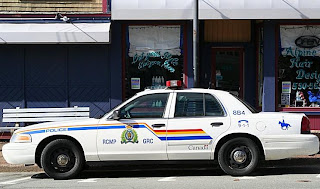 Wow. After three days in custody, a Bridgewater RCMP officer has been released from jail into the care of his mother. The officer must live in Ontario except when he has to attend court. He is not allowed back in the province without contacting the special team investigating the allegations against him.

The man, who cannot be named to protect the identity of the complainant, is charged with assault, sexual assault and uttering threats between Dec. 1, 2010, and Aug. 7, 2012. He has been suspended with pay pending the outcome of the case.

From Delta to Bridgewater. What on earth is going on?