Save the Whales and the Penny 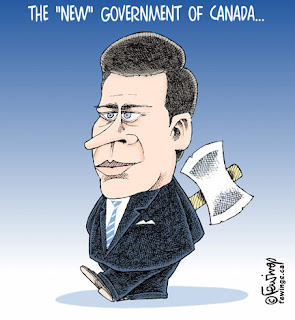 Let’s save the whales and the penny and let’s get rid of Stephen Harper instead. It’s no secret that Stephen Harper is a big fan of the HST and of Gordon Campbell. Everyone hates Gordon Campbell for good reason. After leaving office with the lowest approval rating of any premier in Canada, Stephen Harper gives him that sweetheart job as commissioner during the London Olympics. He even spent tax dollars giving that drunken pig a chauffeur to drive him around London so he doesn’t get another impaired charge like he did in Hawaii.

It’s no secret that Stephen Harper hates the environment and has launched the biggest full scale attack on the environment in recorded history. Now he’s even killing the penny. I realize killing the penny isn’t really that big of a deal but is it really a priority? Going to the loonie and the twoonie has saved money. The Americans don’t want to because they like their paper bills. Fair enough. We like our loonie and if it saves production costs then all the better.

Cash is being used less and less these days. Most people pay with debit. I really question how much killing the penny will really save. It’s like Harper wants to kill everything. Club the seals, kill the whales, destroy the environment. He’s out of control. His latest trick was to group a huge number of bills all into one and ram a huge amount of legislation through without debate and without the public really knowing what’s going on. Even Vicki leaks Toews didn’t realize what was in his crime surveillance bill because he hadn’t read it. Harpers assault on the environment is concerning. He is not a moral man. He is not trustworthy.

I’m not a big fan of the NDP but I am getting really tired of hearing how evil the NDP is and how good the Harper government is. All we have seen is the exact opposite. Firing whistleblowers, warrantless surveillance, robocall nonsense, insider trading, fraudulent advisors, the list goes on.

The image that comes to mind is that of Carol James and Gordon Campbell. I can see Carol James with a sign saying Everyone Matters and Gordon Campbell with a sign that says it’s all about me. Gordon Campbell made reckless cuts to seniors, and the mentally challenged and gave himself huge pay raises and the very gold plated pension he originally campaigned against. The guy should be in jail not being driven around London going from one expensive party to another. What Harper did was wrong. It was not good. It was evil.

Vicki leaks Toews and the Harper government interfered in the RCMP and tried to get them to scale back an apology during the Pickton Inquiry. That kind of political meddling is not good, it is evil. I say save the whales and the penny and get rid of Harper and his heartless dishonesty.