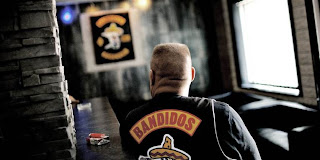 TBM Fresh Start, the organization of former gang members out of Denmark is reporting that Three Bandidos (2 danish and 1 swedish) have been arrested in Germany on their way to Berlin to plant a bomb for a former Bandido, who crossed over to become a member of the Hells Angels in Berlin. We had heard about some Bandidos in Berlin crossing over. So much for loyalty. It’s all about the money. Betrayal and greed.

Here’s an English version of the story.

Hey, TBM have their own blog.

Posted by Dennis Watson at 2:19 PM