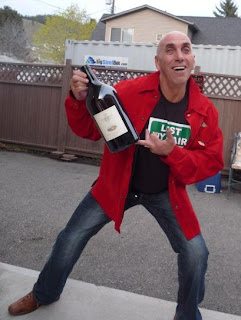 I’m not sure what the victim surcharge is about. I thought he was just seen weaving down the road like a drunk after he escaped from the loony bin. Perhaps there’s more to it. Prohibited from driving for a year is a bitch. Although I doubt he’ll be driving much longer. No doubt one of his nurses from the seniors’ home will be happy to give him a ride after his rub down.

Don't forget everyone, if you see him behind the wheel, dial 911.

Posted by Dennis Watson at 2:53 PM