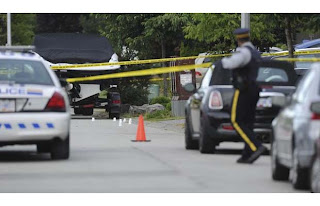 Christopher Pammenter was shot and killed in a drive by outside his Fraser Heights house in Surrey Thursday night. He exchanged gunfire with someone in a white car that sped away from the scene. He is known to police and at this point it appears to be a targeted, gang-related shooting.

Pammenter was charged in a Calgary extortion case in 2002 with Anthony (Tony) Terezakis, who was a central person in an eight-year investigation by police into cocaine trafficking that resulted in the murders of five people in Abbotsford in 1996 and two people in Burnaby in 1995

We remember Big Tony and we remember that case. It connected the Hells Angels to the crack cocaine trade in East Vancouver back in 1995 where a police agent and his wife were murdered Christmas eve. “The Boys” brought Christmas gifts of gasoline to burn the house down after they were killed. The person who ordered the hit instructed the person hired to do the hit to kill his co accused on the scene but the opportunity failed him. They even murder the people they hire to commit murder. No L&R there only greed and betrayal. The Hells Angels are not welcome in Surrey.

The Surrey Leader found a picture of Christopher Pammenter. With a name like Pammenter, I thought he was Indo Canadian. Turns out he’s Caucasian. 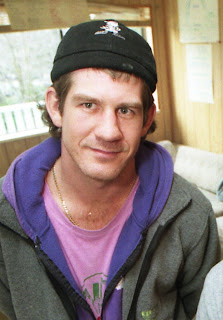