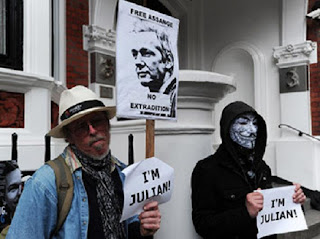 Extradition treaties are negotiated between sovereign states. England wants to bypass that and go straight to military intervention just so they can get their greedy little mitts on Wiki leaks founder Julian Assange. It reminds me of when they used military intervention to destroy a prison in Iraq when two British agents murdered allied police officers at a checkpoint.

MI6 lied about Iraq’s WMD. They send in two under cover agents dressed as Arabs in a car loaded with weapons and explosives. A Police checkpoint think it looks suspicious. Instead of stopping for the checkpoint the two agents fired on them and killed allied police officers. They were later apprehended and charged with murder. They said they were on a secret mission and couldn’t tell them what it was. Instead of their superiors telling them what the secret mission was, they used military intervention to destroy the prison and help them escape to avoid trial. 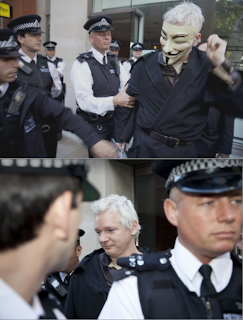