Whale Wars and the G20 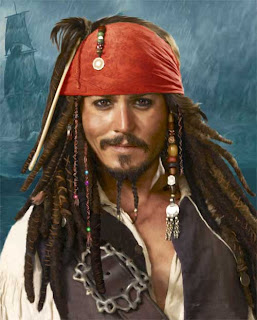 Yesterday a friend at work told me the police are looking for a Canadian Activist. You wouldn’t happen to know anything about that would you? An activist? What did the guy do, oppose Harpers Communism? He smiled, nodded and said when he heard they were looking an activist I was the first person he thought of.

Turns out they are looking for an environmentalist featured on the Whale Wars TV series who used to work with the Canadian coast guard in Vancouver. Obviously, I don’t support violence. If anyone uses violence to enforce their political views they should be held accountable to the law. Yet the founding fathers used violence to uphold their political views. That’s what the American Revolution was all about. OK that was different, but was it really?

Yet the activist Interpol is looking for has been accused of using violence in the whaling industry to protect the whales. What kind of violence? Is he shooting people? No, he’s throwing things on the decks of whalers and throwing things in the water to screw up their propellers. Well that’s not really violence. Now Interpol is on a man hunt as though he was some kind of terrorist. I’m actually surprised they used the term activist not terrorist. Being an activist isn’t a bad thing. It’s a charter right and a moral duty.

Captain Paul Watson reminds me of Captain Jack Sparrow. Big Brother claims he calls himself a captain even though he isn’t licensed as such. Wait till I tell ye, if he is on a vessel and he is in charge of it, he is it’s captain.

Interpol saying they are looking for a Canadian activist is a bad precedent. It implies they are looking for someone because of their political views which clearly crosses the line. Likewise, a group of protestors from the G20 summit in Toronto are suing the Toronto Police for politically profiling them and unlawful arrest.

Although parts of the statement of claim sound a bit strange, the whole idea of political profiling is a very real concern. Harper kicking out that university student from one of his rallies because she posted a picture of herself with some other candidates on facebook is a prime example. Warrantless surveillance and the Vicki Leaks bill that gives the police power to spy on someone who isn’t accused of committing a crime is another.

The G20 summit in Toronto was a huge concern that was plagued by extremism. One one hand we saw trouble makers vandalizing and looting. That was wrong and upsetting. There was a great video clip posted on youtube where a concerned citizen tackled a kid who stole some dvds from a store and returned the dvds telling the kid not to steal. It was priceless.

Unfortunately, the next day the police kicked the cat and started arbitrarily arresting people who were not seen committing acts of violence but were politically profiled and arrested for lawful assembly which is a huge concern. Protesting with a sign is a sacred right. Vandalizing and looting is not. It really is that simple.