Nothing has changed at the RCMP 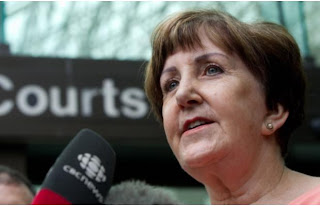 We know that Cpl Catherine Galliford has joined a class action sexual harassment law suit against the RCMP to which many other officers have joined. We know that The Harper and the Christy Clark governments responded to those allegations in court by claiming Cpl Galliford was an unstable drunk who wanted to be sexually harassed. That’s something that Freud would say. You were raped because you wanted to be raped. That is absurd.

Nevertheless, the lawsuit was initiated by Janet Merlo, who alleges ongoing discrimination during her 19-year career in the detachment in Nanaimo, B.C., that included sexist insults, pranks involving sex toys, requests for sexual favours and other gender-based discrimination. I guess she was an unstable drunk who wanted to be sexually harassed too. Along with the 200 others who have joined the class action law suit.

Former RCMP officer Valerie MacLean attended court on Friday and claimed nothing has changed. That is the ultimate concern. The mud slinging denial comes as the government tries to avoid financial liability for damages. Unfortunately, all these flowery promises of change are empty distractions for legislation that makes it easier to fire whistleblowers which is illegal.

There is a huge problem that needs to be addressed. Denial and sweeping it under the carpet is not the answer. Firing whistleblowers is not the answer. Obeying the law and firing people like Jim Brown and Don Ray is. Failing to do so opens the RCMP and the government to legal damages.