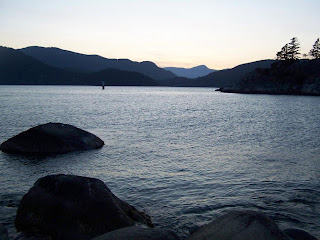 Still several stories to catch up on but I’m going to pause and restate the obvious. You don’t have to be a tree hugging vegan to care about the environment or to love your home. I rode out to the north shore last night and as I was crossing the second narrows bridge it felt like I was entering the holy land. Seymour to the right, then Grouse, then Cypress, with the Lions tucked in between, then Horseshoe bay. The mountains, the water. It’s all very peaceful. Ambleside. Lighthouse park.

When I was at the Vancouver Occupy I met a girl from Ireland. As we stood talking a tourist came up to us and asked where we were from. I said I’m from Surrey but she’s from the Holy Land. The lady nodded and said ah, Israel. I squinted and said no, Ireland. It depends on where you’re from as to what’s holy. A lot of people refer to Ireland as the holy land. Yet I keep saying that this land is our home now and that makes it holy too. In more ways than one. First because it’s our home. Second because of the vast nature that engulfs us.

I stopped at White cliff for the sunset. Climbed down to the beach and there were two young guys sitting on a bench playing guitar. Now that’s what I’m talking about I said as I walked past. It was awesome. I pulled out the camera and took a video clip as one of them started playing Wish You were Here by Pink Floyd. You can barely hear the guitar and singing in the background but it doesn’t get any better than that.

Then I rode over to third Beach at Stanley Park passed the Pauline Johnson memorial near Siwash Rock. Quite, peaceful, small groups with lanterns on the beach at night. It was awesome. No doubt Kelowna is awesome on the beach at night too. That reminds me, I do have another Kelowna tale to tell.

Prospect Point has changed. That big wind storm took out several trees right on the coast and now you can actually see the water from there. There was a line up of trailers parked in Stanley Park just past Prospect Point. Who knows what they’re filming now but it’s nice to see the film industry active here. I remember Theatre in the Park and Baird on the Beach. Passed by 2nd Beach and remembered the huge bamboo in the forest between Lost Lagoon and 2nd Beach. It’s easy to miss. I remember flying two string kites at Vanier park and taking the passenger ferry to Granville Island.

If someone owns a home and they put a plot of time and effort into landscaping it, no one would then want someone to dump a load of garbage on their lawn. Protecting the environment isn’t just for eco terrorists. Protecting the environment is like protecting your children. Failing to do so is irresponsible. Vancouver is not as nice as Rio but it’s all we have. We need to be good stewards of that which has been entrusted to us. 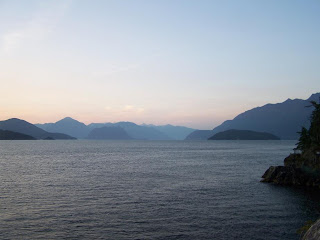