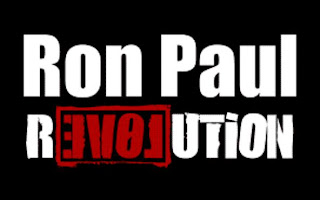 I was gonna honk and give the big thumbs up but when I pulled up beside the car it was a hot young girl driving so I just drove off not wanting to look like a pedophile. I will say it was nice to see. There is nothing more attractive then a woman with a brain and an opinion. There is nothing more inspiring than seeing educated youth willing to stand up for their beliefs. Maybe there’s hope for this world after all. The Vancouver 9/11 Truth Movement have an information booth outside the Vancouver Art Gallery on the 11th of each month from around noon to dusk.

Turns out you can buy Ron Paul Revolution T-shirts. He has a popular blog too.

One of his critics, Paul Constant at The Stranger likened Ron Paul to an "ancient high-school civics teacher" who "puffs up" at the notion of the Constitution as a "living document.” Holy crack pipes batman, what does Paul Constant think the constitution is, a dead document? Now that is sad. Clearly we do need a Ron Paul Revolution to support, sustain and preserve the sacred Constitution.

You can get Ron Paul Revolution bumper stickers and shirts at Cafe Press.