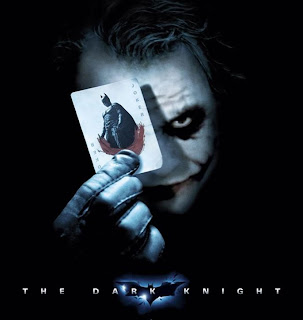 I don’t want to distract from the euphoria of the moment regarding the fantastic job the police has recently done with the Kelowna Hells Angels’ clubhouse raid and the arrest of David Giles as well as the Kelowna Sergeant at arms. I do however, think it’s important to put it in perspective and look at the dual aspect of the struggle between good versus evil.

First is the external struggle that we can clearly see. Crack and crystal meth are horrible drugs. They are very damaging and very addictive. As a result they destroy lives and devastate communities. Some people argue that if the Hells Angels didn’t sell those drugs, someone else would. I disagree. Crystal meth is new to the East coast. Greg Domey was the Salem Hells Angels president as well as the entire east coast president. He was convicted of trafficking crystal meth. The Hells Angels were bringing crystal meth from California to Massachusetts.

Flooding the streets and small towns with crack and crystal meth is a clear example of good versus evil. It is an external struggle that we can clearly see. Yet there is another internal aspect of that struggle that is just as real but is much harder to see. Chicago was famous for it’s problems with organized crime. Al Capone and the organized crime were one thing. Corrupt politicians and police officers were another.

In all fairness, I don’t think we have the same problem with rank and file officers on the take as Chicago did. No doubt we have some. Edmonton PD was accused of leaking information to the Hells angels. Yet cases like Rob Sidhu and Ken Houston aren’t that common and even those were with former police officers. Yet I do think we have a problem of internal corruption involving politicians and government agencies that does rival Chicago back in the day.

Case in point, the leaked document showing that illegal drugs are no longer a priority for Canadian border agents. That is treason and shows how government agencies, controlled by corrupt politicians can do serious damage to the hard work of good law enforcement officers trying to make a difference. The Western Wind cocaine seizure is a prime example of that. A high ranking officer steps in to squash an important investigation. That is suspicious to say the least.

Due to a lack of resources, Canadian border agents have been told to stop looking for illegal drugs leaving the country and instead focus on stopping the export of illicit nuclear material and stolen cars. The directive, contained in an internal memo to Canada Border Service Agency man-agers that was obtained by Postmedia News, is unlikely to make officials in the U.S. and other countries very happy. But analysts say that in an age of finite resources, the agency has decided it makes more sense to target areas where it thinks it can make a difference.

Nuclear material and stolen cars? That is bizarre. The Harper government is the one trying to reopen the sale of Candu reactors to high risk countries giving them the capability of making nuclear weapons just like they did for China and India.

The pot for cocaine trade is a huge problem. For a government agency to be told not to prioritize that is treason. As is the Harper government issuing that mandate in the name of budget cuts. They are the ones that cut funding to the RCMP and the gang task force and gave $69 billion to the banks for a bailout they didn’t need. Since the banks are making such a big profit, they can start paying back that bailout instead of filling Stephen Harpers campaign contributions.

So we need to talk about corrupt politicians like Stephen Harper and Brian Mulroney as well as the corrupt agencies they control which stifle the hard work of good law enforcement officers trying to make a difference. Brian Mulroney and Stephen Harper are not corrupt because they are Conservatives. They are corrupt because they aren’t. They say one thing and do another. Brian Mulroney sued the Canadian government for slander for claiming he received a kickback from Airbus. He point blank lied about his relationship with Karl Schreiber and thereby defrauded Canadian tax payers out of $2 million. That is just the tip of the iceberg to Brian Mulroney’s corruption. Harper cutting funding for the RCMP, Gang Task force, Coast Guard, Prisons and Border Agents is another concern. So much for law and order.

We do have to look at Operation Fast and Furious,. It isn’t just an Obama thing but it is also an Obama thing. Just like George Bush SR.’s cocaine trafficking out of Mena Arkansas was also a Bill Clinton thing. Clinton’s ties to the crash of the BCCI is a serious concern we need to look at because we saw it repeat itself in Operation Wide Receiver and Operation Fast and Furious. That kind of internal corruption is harder to see but just as real. The struggle between good and evil continues on both fronts - externally as well as internally.