Woman’s head and foot found in river near Toronto 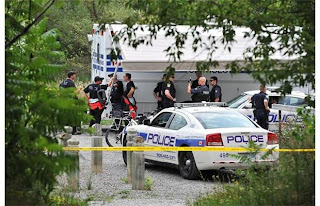 A group of hikers found the bare right foot severed from the ankle down Wednesday in the Credit River near Hewick Meadows Park in Mississauga, Ont., a popular spot for family walks in the quiet residential neighborhood. The police marine unit found a female severed head Thursday in the same location.

Friday afternoon police found two hands, a left and a right. "The likelihood of it being the same person is, common-sense wise, probably pretty high," said Sgt. Pete Brandwood of Peel Regional Police. 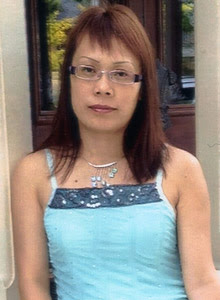 DNA testing has confirmed that the body parts found in Mississauga and Toronto in recent days belong to Hua Guang Liu,41, of Scarborough. Police have no suspect, no motive and don't even have a cause of death yet they are "sure" it was targeted and was not a random attack.

Hua Guang Liu worked at a body rub parlour for a year before leaving to start her own business. The media reported she was to meet someone about selling her spa before she was killed.