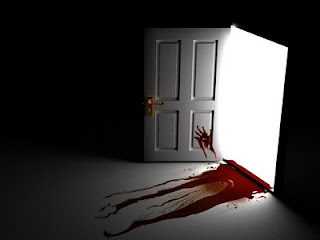 Ten years for murder. Less mandatory statutory release after two thirds of the sentence means 6 years, 8 months for murder. That in itself is a crime. We know it wasn’t manslaughter because he was seen on video going back for more ammunition then going back to finish the job. Shooting up the whole neighborhood in the process. Aside from murder it was also reckless endangerment of all the families on the street.

This was the president of a Hells Angels puppet club in New Brunswick called Bacchus who shot a guy he had beef with outside their clubhouse because he couldn’t take him in a fight. I’ve talked about the incident and I’ve talked about the offensive insanity of the free the murderer campaign. My position is unchanged. He should be hanged. Taking the Lord’s name in vain is offensive. His children cried in court asking God to give them their father back. What about the family of the guy he killed? Their father took something from them that can never be replaced. Using God’s name in vain to help a murderer get away with murder is Satanic.

It’s like that Hells Angles associate caught with all the date rape drug in Toronto. He cried in court. What about the tears of all the victims that were raped from the drugs he sold? These cry babies don’t care about that. They only care about themselves. That is why he should be hanged. So people see there really is a consequence to murder. Clearly their free the murderer campaign shows they have no conscience. The consequence of the law is the only thing that will restrain their murderous hearts.