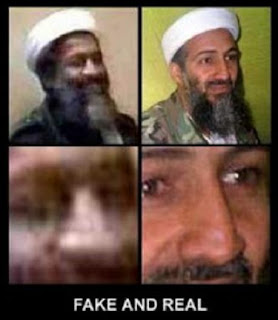 Several stories coming in at once. I’ll start with the one no one wants to hear first. This one is absurd. Since it’s in today’s news, I suppose that means we’re allowed to talk about it. A U.S. judge says al-Qaida, the Taliban and Iran should pay $6 billion to relatives of Sept. 11 victims for aiding in the 2001 terror attacks in New York.

Last year Judge George Daniels signed a default judgment on the law-suit brought by family members of 47 victims. He found al-Qaida, the Taliban and Iran liable and asked the magistrate to determine damages. Iranian President Mahmoud Ahmadinejad has denied any Iranian connection to the attacks.

OK hold the door. Let’s imagine for a minute that 911 wasn’t an inside job. I know it’s difficult but let’s just pretend. Many people thought Iraq was invaded because they were involved with the 9/11 attack on the World Trade centre. Wrong. Iraq was invaded because George Bush said Iraq had weapons of mass destruction. He said he was sure of it. He was wrong. They didn’t have any. When the invasion was complete George the war criminal Bush said Mission Accomplished.

Before the invasion, the Taliban said what makes you think Osama is responsible for the attacks? Show us the evidence. The US refused and demanded they turn him over to a US court for trial. Not likely which they understandably refused. So Afghanistan was invaded and the contract for the oil pipeline was reversed. It was taken away from Argentina based Bridas and given back to an American company.

The Taliban had opium production in Afghanistan almost completely stopped in 2001. Since the invasion of Afghanistan opium production has steadily increased and Afghanistan has now returned to being the largest opium producers in the world. Opium as we know is used to make heroin. Finally bin Laden was found in Pakistan not Iran. He was conveniently executed without a trial just like Gaddaffi was.

So now all of a sudden, a US judge signs a default judgment meaning the accused were not even present to defend themselves claiming Iran is liable. That is absolutely absurd. We remember how England recruited the US secret service to tamper with the democratic process in Iran. It was a dirty deal to steal their oil called Operation Ajax. We remember how George Bush Sr. And William Casey were involved with the October Surprise in Iran.

So assuming 9/11 wasn’t an inside job, this brazen abuse of democracy is offensive. How many billion dollars did the court award Japan for the bombing of Hiroshima and Nagasaki? Don’t get me started on Pearl Harbor.

If a court is going to have a fair trial about the liability owed the victims of 9/11, it will have to hear testimony from Professor Stephen Jones about the thermite found in the 9/11 ruble and all the Scholars and Engineers that still believe the destruction of those towers was a controlled demolition since they met no resistance and fell at freefall speed. Absurd default judgments like this is an offense to liberty and the free world.