Reflections on the Kelowna Summer Jam 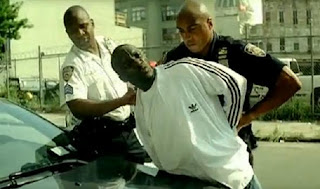 As we anxiously await the Press conference about what was seized in the Kelowna Hells Angels raid, I just wanted to reflect on what started off as the Kelowna Summer Jam. The name of the event was taken from a Young Jeezy and Akon song where he says if ya get jammed up, don’t mention my name.

Big Tony’s case was very disturbing. Not just because of the murder of informants that connected the Hells Angels to the crack cocaine trade in East Vancouver, but because of his personal use of violence against drug addicts in East Van. Big Tony was a drug dealer for the Hells Angels in East Van. The guy video taped himself beating the life out of drug addicts who owed him money. As he beat them he would shout praise the lord and spit in their face. When they played the videos in court Tony couldn’t hold back the laughter. That is clearly deranged.

It also shows the violent mistreatment of drug addicts in East Van. Handing out free needles and free crack pipes doesn’t make the drugs free. Feeding those addictions feeds the violence and exploitation that goes along with it. Making money off the poorest and most vulnerable in the country is very low. Which brings us back to the Kelowna Summer Jam.

Britney Irving did not deserve to die. She didn’t rat out anyone. She sold pot to support her oxy addiction and was killed right after she made the decision to go into rehab. Geoff Meisner didn’t deserve to die. His kids miss him dearly. Geoff didn’t steal anything from anyone. Just as concerning as their senseless murders is the absurd lies that went along with them trying to hide and rationalize the real motive. Greed.

Vancouver is often referred to as lotus land. Despite the beautiful surroundings, many people here are materialistic yuppies. They care more about what they have then what they do. Adam Scorgie made a movie about the wealth associated with the pot industry. He didn’t mention a word about the Hells Angels use of violence to control that industry.

He talked about working in a club and seeing young guys with tons of cash come into the club and buy everyone drinks. He saw the draw of that kind of money very appealing. Sad. Wasting that kind of money on booze in a bar or on a new ugly suv is a very shallow existence and no reason to betray a friend. Strange how he would idolize that knowing in the end it killed people he knew in his own community.

Which brings us back to Dain Philips. Dain didn’t deserve to die either. The Hells Angels involvement in his murder is indisputable. Two patch members and one puppet club associate were seen beating him to death with hammers. As a result, the club has pulled back their public support and the two patch members have been beaten in prison.

I don’t support crack or crystal meth. Nor do I support the crime and violence that go along with it. I don’t support the Hells Angels violent control of the pot industry either or their extortion of the entire 420 movement. Supporting that violence is wrong. Completely and utterly.

In the words of Chris Tucker in Rush Hour 2 "Follow the rich white man." 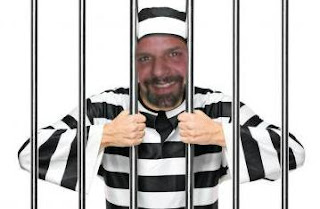