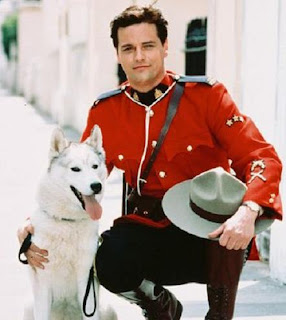 E-mail leaked to the press has revealed more tensions within the RCMP. We can debate whether or not private e-mail should be sent to the media, yet some of the concerns do need to be discussed not swept under the carpet.

First Staff Sgt. Tim Chad sent Commissioner Bob Paulson an e-mail claiming trust is missing between officers and senior managers, who are trying to create a new culture within the RCMP when only a few are to blame for its woes. "We are not all a bunch of screw-ups but it is evident we are all being lumped into that category and we are not valued and trusted," he wrote in an email in July. Chad also said the RCMP senior executive committee is pursuing changes to benefits without proper consultation with employees. "We are being paid lip service and this is of grave concern," he wrote.

Paulson responded by suggesting that Chad is "living under a rock" if he thinks that the RCMP does not require an "all hands on deck" approach to restoring the public's trust. "Wake up Man, this organization is at risk," he wrote. Tim Chad is correct in that not all RCMP officers are screw ups. Yet to say that only a few are to blame for it’s woes is somewhat of an understatement. Paulson’s response is right on the money. It’s a huge problem not just one or two bad apples and fixing that problem is going to require an all hands on deck approach.

Complaining about changes to benefits without consultation is a Union issue. Oh but wait, there is no Union. People can argue for or against Unions until the cows come home. We do however need to separate the concerns of pay and benefits from ongoing harassment.

Next, Peter Kennedy, a 30 year veteran from the North Vancouver detachment steps up to the plate. Kennedy writes Paulson and complains “I find your reply to him aggressive, insulting, arrogant, condescending and immature.”

“All S/Sgt. CHAD was trying to tell you, there is a trust issue between management and its members. They are not being engaged. A man asking for a little understanding and help, was bullied by the very person who is supposed to help not only him but all of us. Then he throws in a dig comparing Paulson to an angry teenager. Not very respectful either. So hold the door.

Kennedy goes on a rant about how big the problem is as he’s defending Chad who complained we not all screw ups it’s only a few bad apples. So which is it? Is it a huge problem or a small problem? Many people are involved or just a few? That is a rather large contradiction. I think everyone agrees it’s a huge problem. Clearly Paulson is not wrong for admitting that and saying Chad is living under a rock if he thinks it isn’t.

When Paulson calls for a change in attitude, Kennedy believes it should start at the top, noting that “most of the problem with these harassment investigations is the fact that they were handled by what is now your management team.”

I agree the problem seems to be coming from the top down. Mangers who investigate allegations of harassment and not caring or doing anything to stop it. I also agree that fixing the problem is going to require an all hands on deck approach. Somehow we need to rise above the management rank and file rift.

I’ve said it before and I’ll say it again, I think two things need to change. First is the obvious. People like Don Ray and Jim Brown need to be fired. Period. We can talk all the flower power we want but until we actually do that all those words are meaningless. Second, Depot needs to change. In that order.

How do we change a longstanding command culture of harassment if we don’t beging at the beginning: basic training. There is no need for new recruits to be verbally harassed at depot any more. I understand the intent. I haven’t been involved with the police but I have been involved with a similar kind of training. The intent was to screen out bad apples who weren’t able to put up with the abuse. Clearly that objective has failed. The bad apples have entered in. In reality all it has really taught is that there is a time and place for everything including abuse. It teaches abuse is OK when it is not.

You can have a physically demanding training without the verbal abuse. You can train recruits to have strong self images to serve and protect people including coworkers from harassment by building up their self image and their self respect. Self respect is essential. Arrogance is not. People who harass others lack self respect. Clearly all that training has failed to provide that essential life skill. Depot needs to change right after Jim Brown and Don Ray are fired. Until that happens nothing will change no matter how hard we try to sweep the problem under the carpet.

There is a heritage worth preserving and protecting. It’s all about service. It’s all about good versus evil. It’s all about taking the higher road less travelled and being true to a principle. True North. Strong and Free. It's about protecting our home. It's about protecting the people in our home. It’s like a scene in the movie Shake hands with the devil. One of the Rwandan leaders explains to the Canadian general that he’s trying to save his country. The general responds and what is that? Those mountains? Those trees? He can’t save his country without saving the people in it.