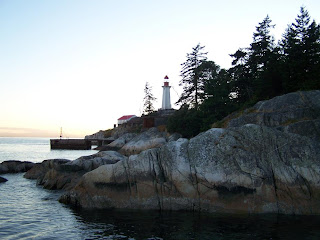 Another drive by shooting in Surrey last night. An associate of Tony Terezakis. That brings back bad memories. Took the bike out to Lighthouse park tonight. Nice place to see the sunset. You need a flashlight or a headlamp to get back to the parking lot in the dark though. Oddly enough there was a couple of seals slapping the water tonight. One would surface, slap the water three times then submerge. Ten feet away another would do the same thing and back and forth. 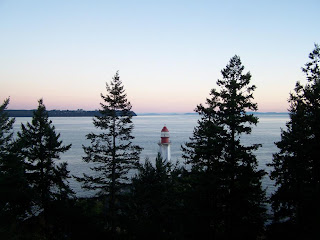 Ya see lots of seals around. Sometimes lying on the rocks in the sun. I’m not sure what the slapping the water was all about. Maybe they were trying to scare me off so they could climb up on the rocks. Ya see lots of seal kayaking. I was at the other end of deep cove by granite falls once and a seal did that same slap the water like a beaver and almost growled at me. It’s somewhat out of character for the normally friendly seals you see everywhere. I was beginning to wonder if that one had rabies. So tonight I see the slap the water trick again. Interesting. 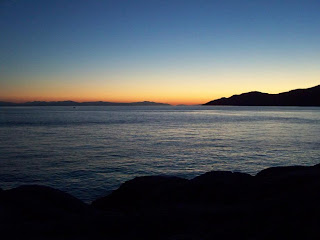 All this time on the water has me thinking about Kelowna. Haven’t heard much from Kelowna lately other than Darryl Wilcox's cocaine conviction, Ryan Ennis and Josh Armstrong being Neighbors and Giles’ DUI of course. We’ll have to follow up on the Kelowna Summer Jam before the summer ends. Noticed the PNE is on. One of the sad signs that summer is almost over.