Bacchus cut off their Pinocchio nose but still kiss ass 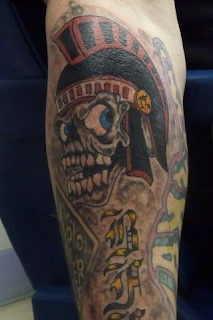 Well, Buttkiss are kissing each other’s ass over this ridiculous apology they received from the RCMP. An RCMP officer warned the public about Bacchus coming to St. George in that they were a 1% OMG tied to the Hells Angles. That is true. Mike Weatherly was covered in Hells Angels support pins. Apologizing for making that statement is rather ridiculous as is Buttkiss' codependent love fest over it. Matt Foley is a murderer. Bacchus was selling drugs in PEI for the Hells Angels. They post pictures of themselves with Hells angels just like the Zig Zag crew did. Those are the facts. The police have a moral duty as well as a legal obligation to warn the public of criminal activity. Their new logo looks more like Marvin the Martian from Looney Tunes. 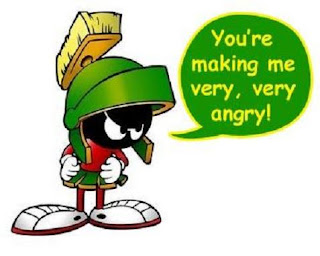 They can cut off their condom covered brown nose on their new logo all they want but they still kiss ass and as soon as they start kissing each other’s ass that Pinocchio nose keeps growing right back. They are brown nosers. That is all they are and all they ever will be. They will never be independent from the Hells angels or they would cease to exist. Theirs is a puppet’s life forever. 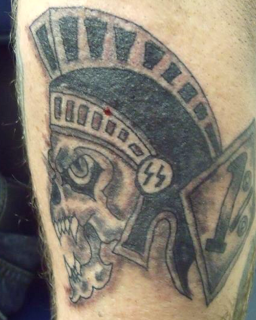 I will point out the Nazi lightening bolts on one of their new tattoos. That is the same thing as a swastika. It is racist and pisses on the graves of all the solders who died on the beaches of Normandy liberating France from Nazi occupation. How does your finger puppet Mike Weatherly feel about that? In Montreal the White Supremacists get Greg Wololey to sell drugs for them. Looks like that con is catching on. Just like Tupac said, crack’s got em crazy. Jumping out of the frying pan into a new form of slavery. Pat James is the flaming idiot causing all the problems in Bridgewater. Patron saints all right. It’s spelt the same dumbass. 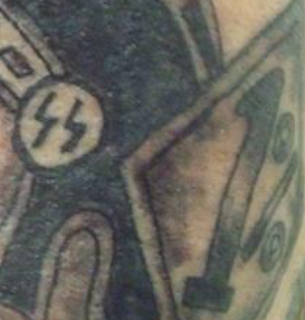